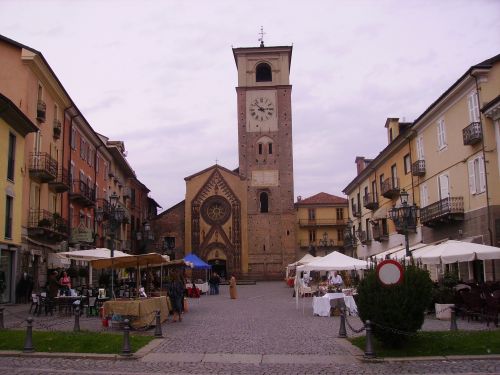 Chivasso is about 20 km northeast of Turin, on the roads of communication to Milan and the Aosta valley.

In the historical center, with medieval porticoes, stands the Duomo di Santa Maria Assunta (1400) with its precious late-gothic façade and the octagonal tower.

Between the XII and the XIV century, the city was the capital of the Marchesato del Monferrato, before the transfer of the court to Casale; today is not considered a geographical part of the Monferrato, although it is historically part of it, but is called “Porta del Canavese“, a region of which it is also the most populous center.

Associations and services for slow tourism

The Chivasso – Asti route is instead dismantled.

Eating and sleeping in Chivasso